This project is an embodiment of our idea of preserving the authentic Lviv. 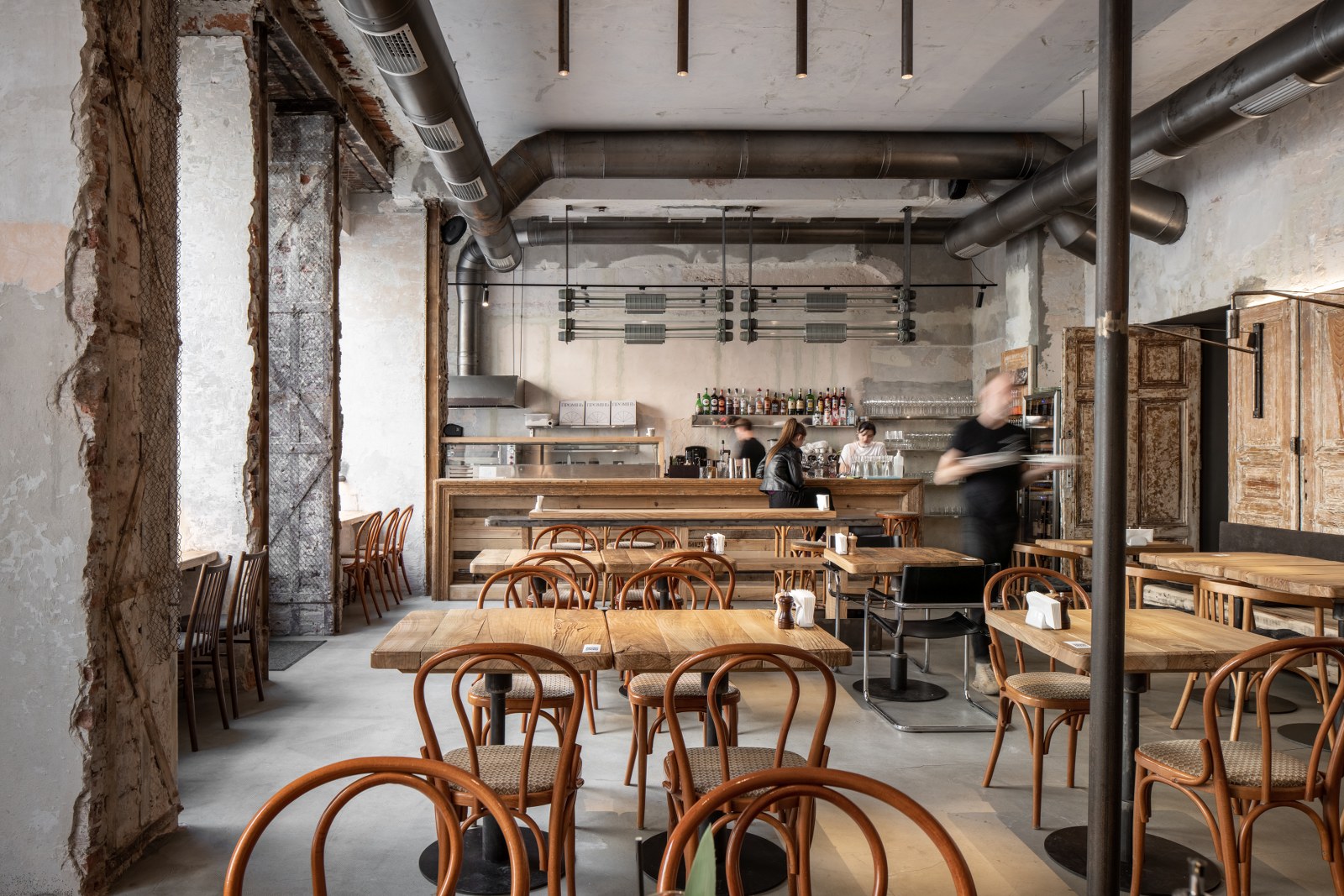 This project is an embodiment of our idea of preserving the authentic Lviv. This is a bistro type restaurant, its concept is based on quality food and a warm, relaxed, crowded atmosphere. 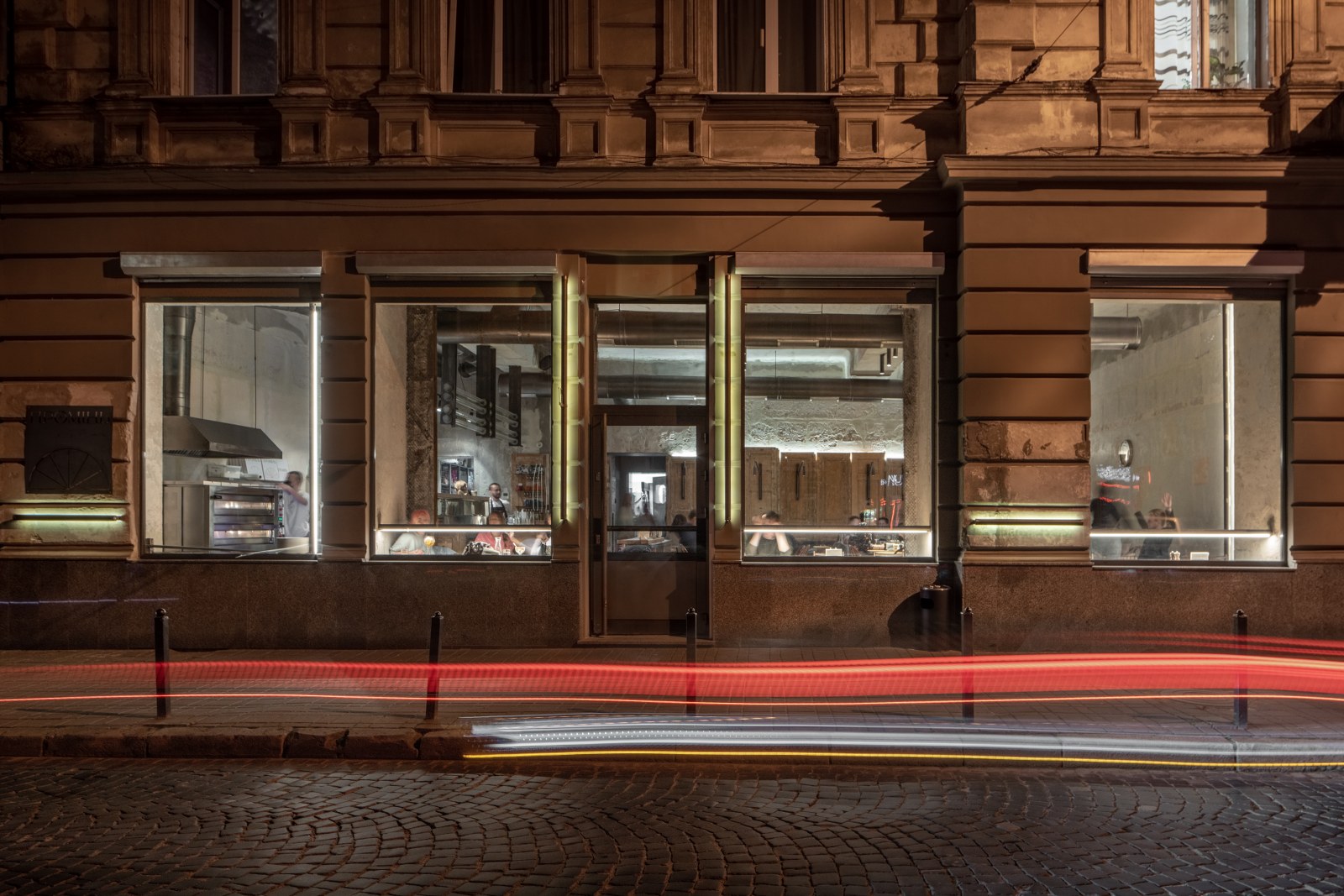 Since the project budget did not provide for significant design costs, we inspired ourselves by searching for existing decor in the premise. We found very interesting metal beams and columns reinforced with metal that had been made by using rivets and bolts. We found old Austrian brands on them and decided to show it. In the design we used rough metal as reinforcement for these metal structures found in the building. 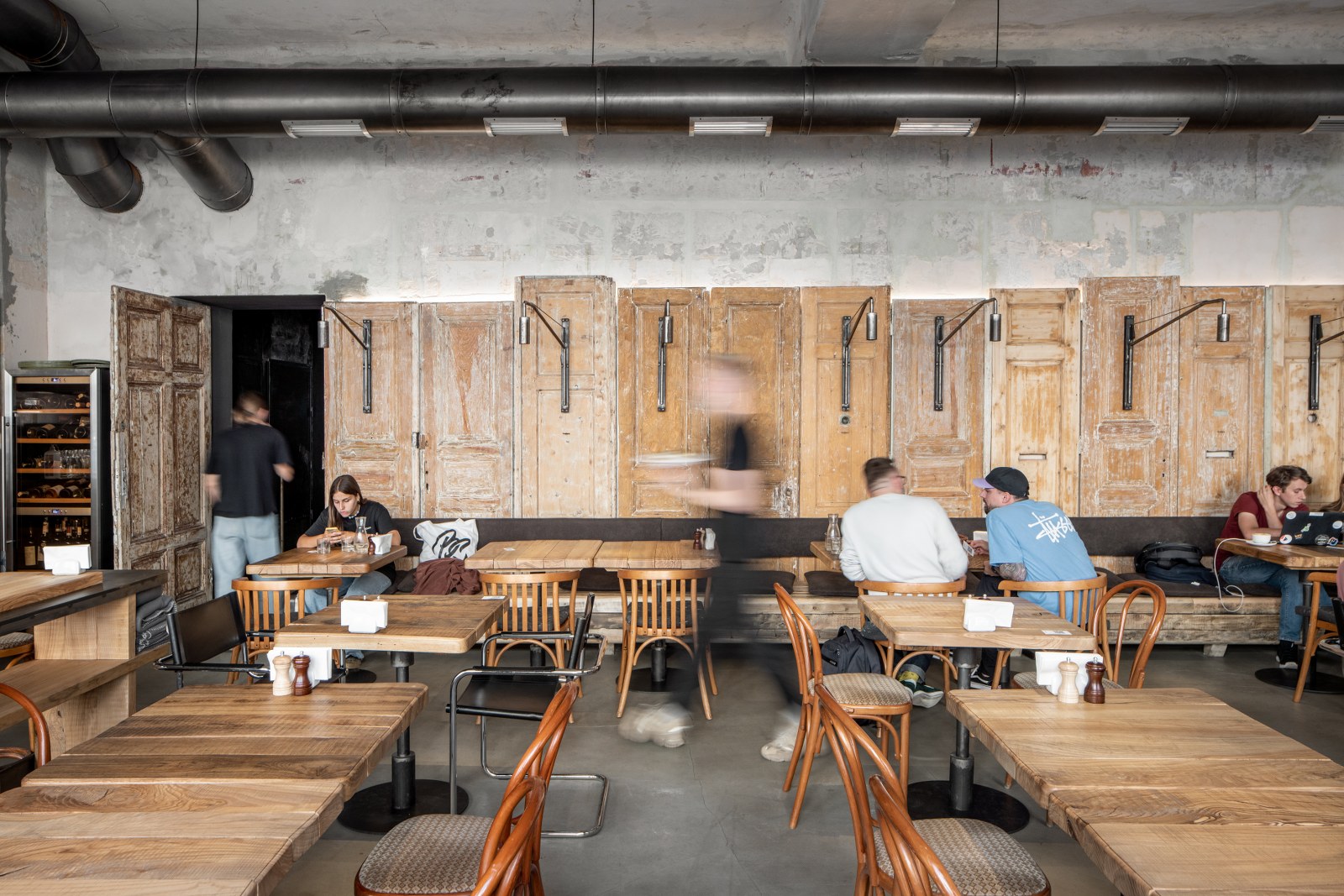 Doors, used as decor, have become the nature of the space. They are a forgotten and discarded attribute of history that we saved from a dump site. We scraped the paint off them, installed a light and gave them a second life. Underestimated by many people, such elements are the main design features for public restaurants, as we believe that they are part of the history of the city. 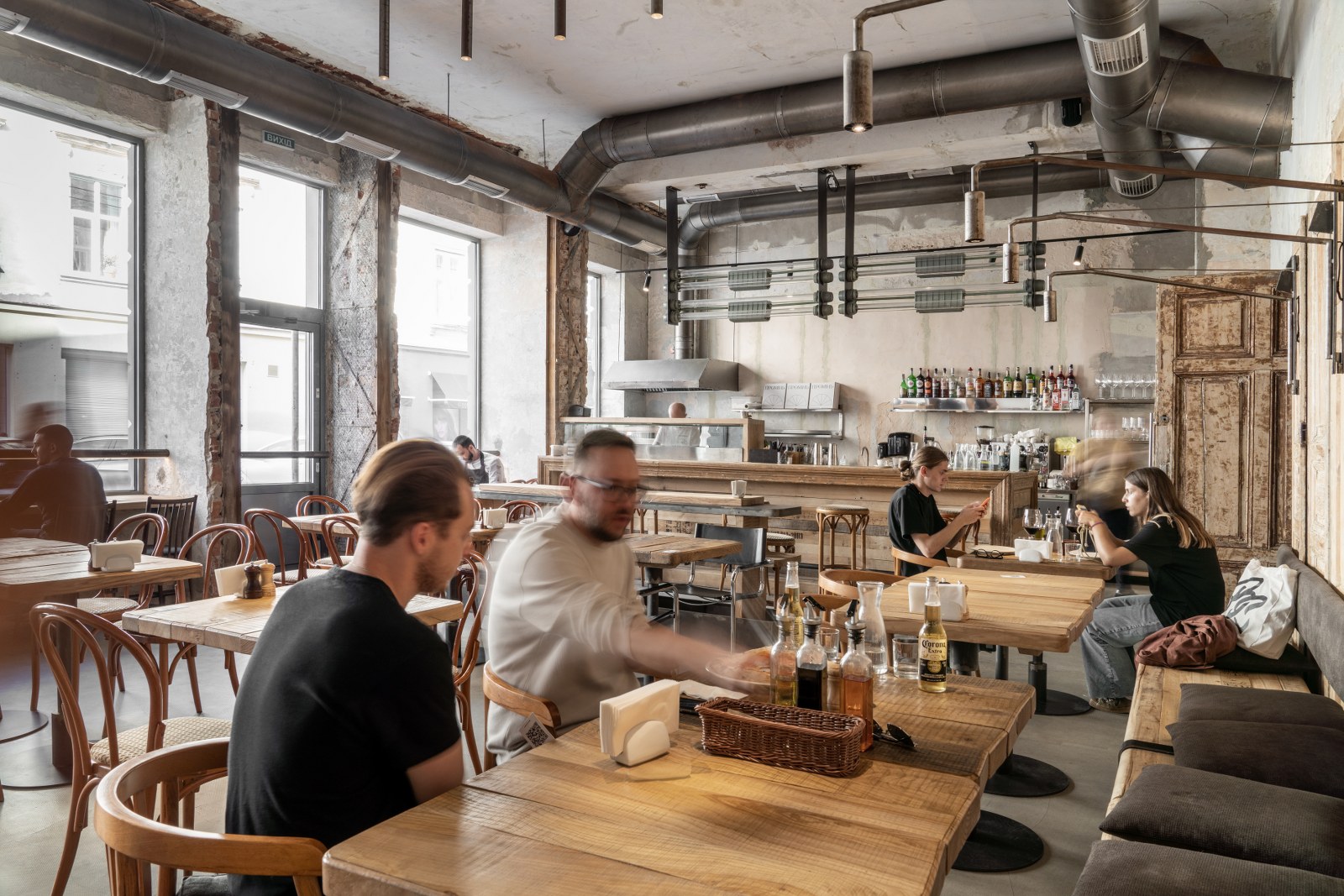 Thus, our fascination with history became even more profound. A separate workshop of architectural finds called replus_stare was created as an annex to Replus_bureau. We save abandoned things that shaped the city’s history, that have their own meaning and their own life story. We believe that their value does not disappear, but goes up to a new level of love and shines even more when comparing them to the modern disposable mass market. 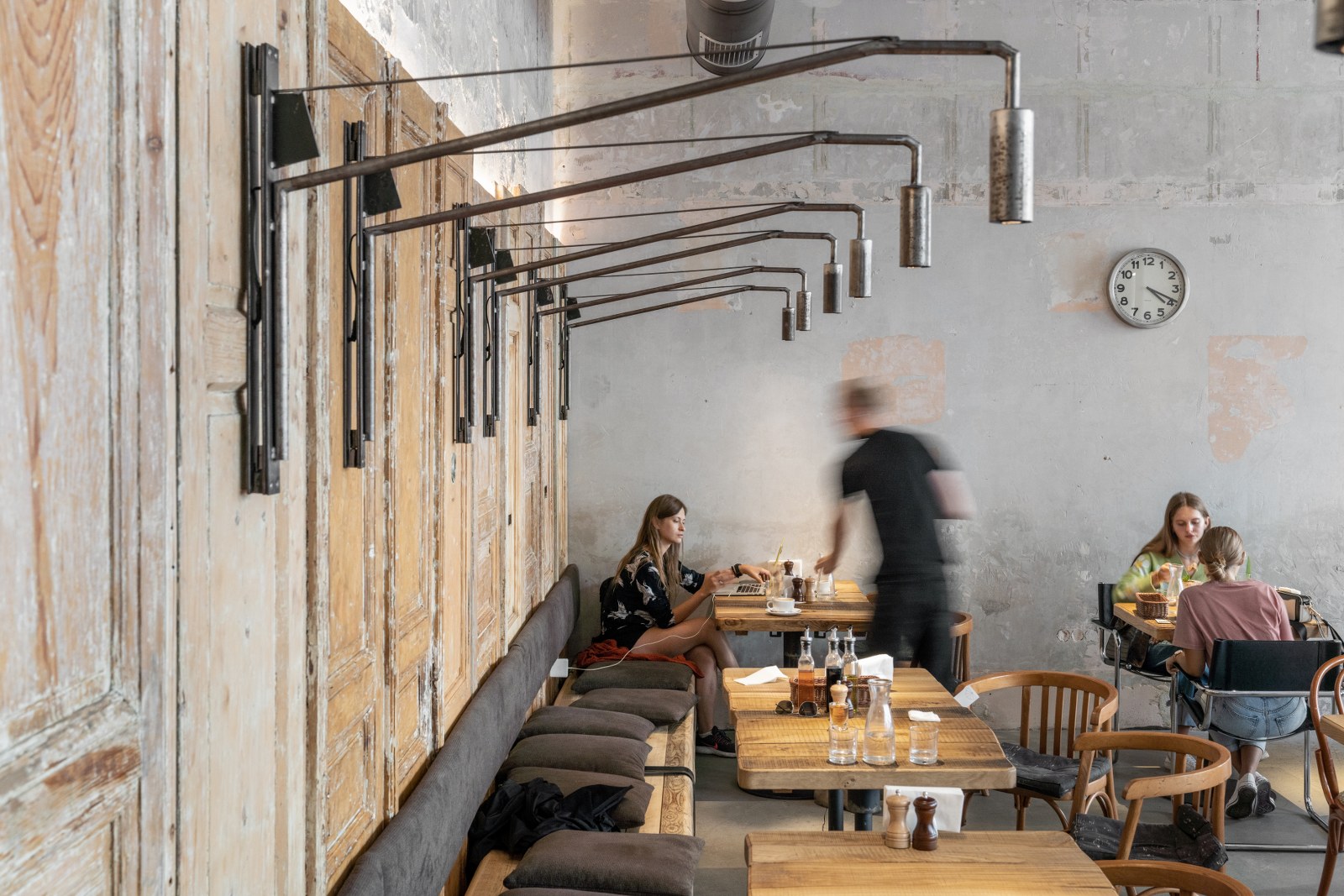 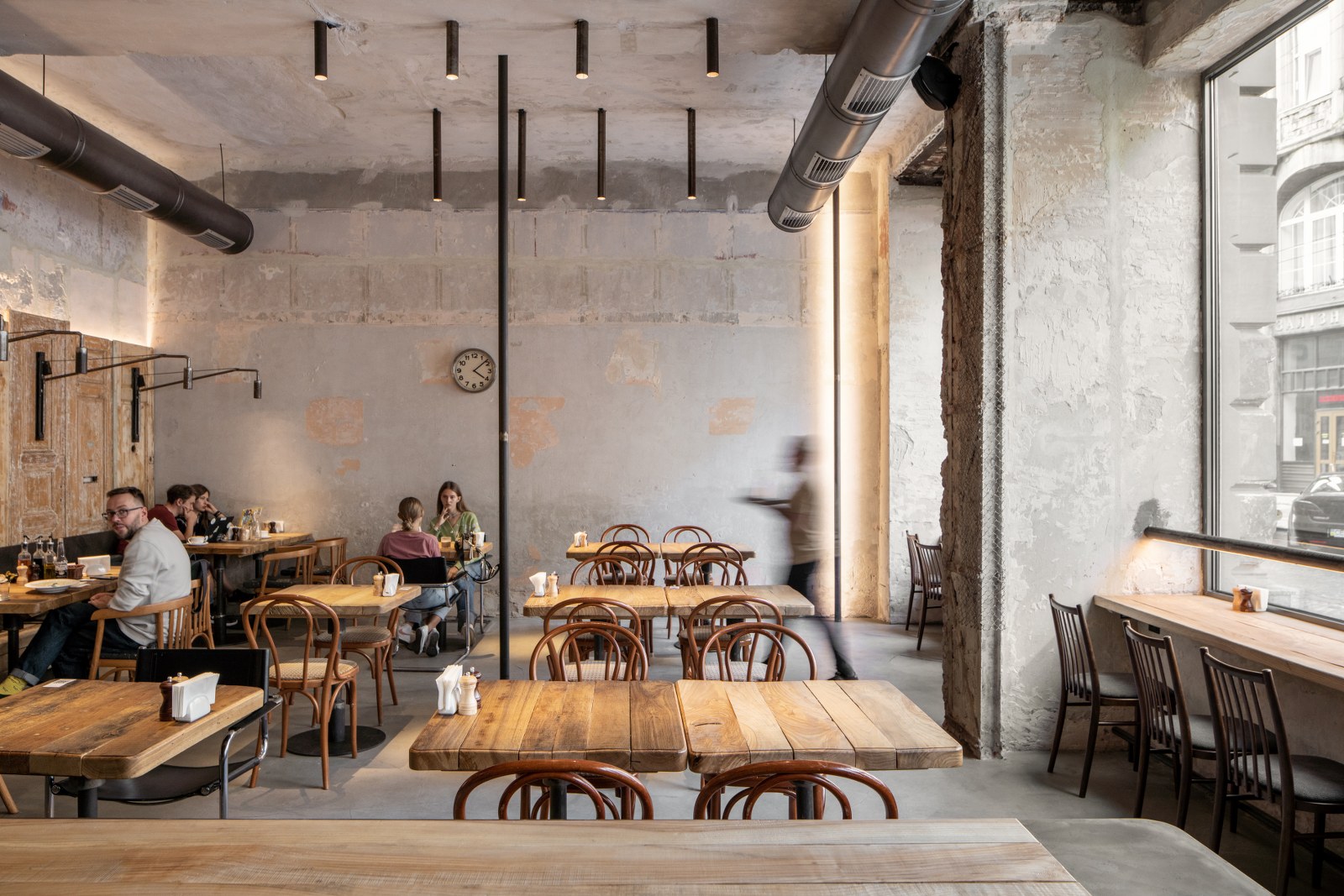 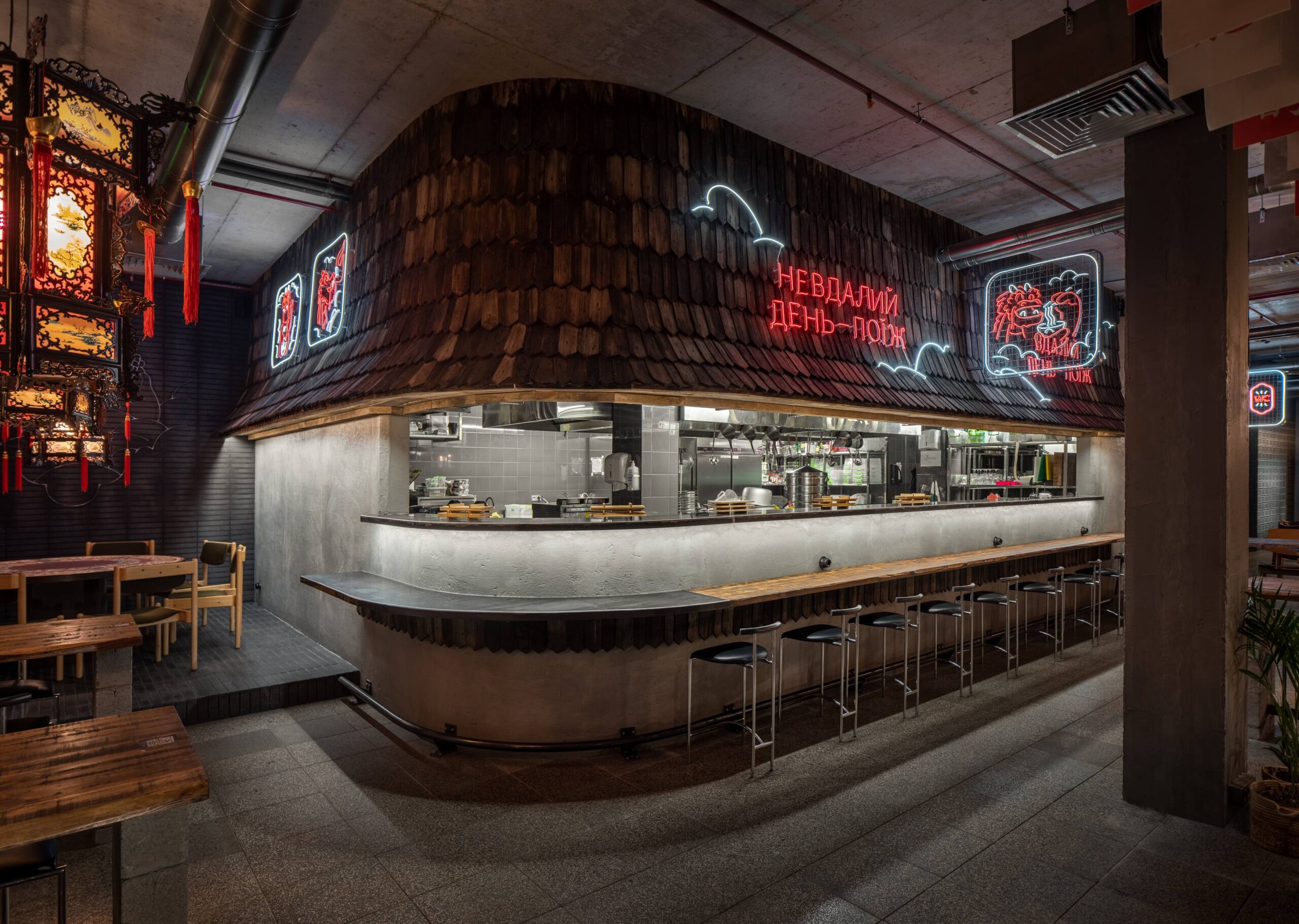 This is the new spot on the gastronomic map of the fast-growing neighbourhood outside the city ce... 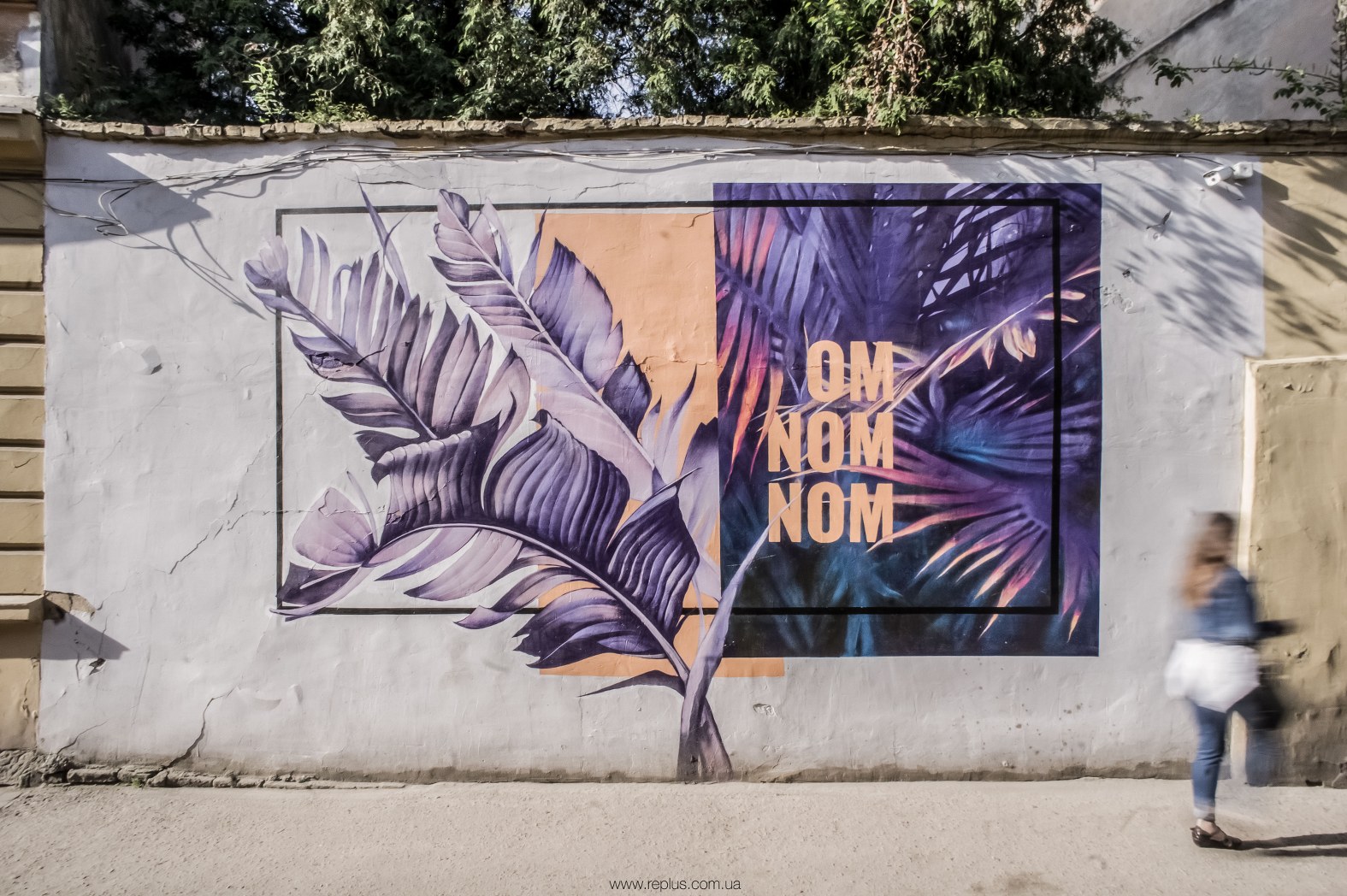 We made every effort in order to create a space and an atmosphere where guests can comfortably en...

The premise belongs to a restaurant from the late 90’s situated in the city centre. Under drywall...