234 Square Metres Of Charm And Warmth

234 Square Metres Of Charm And Warmth

The apartment is situated in the centre of Lviv in an old Austrian secession building constructed in 1906 on the site of a small palace built in the early 1800s. 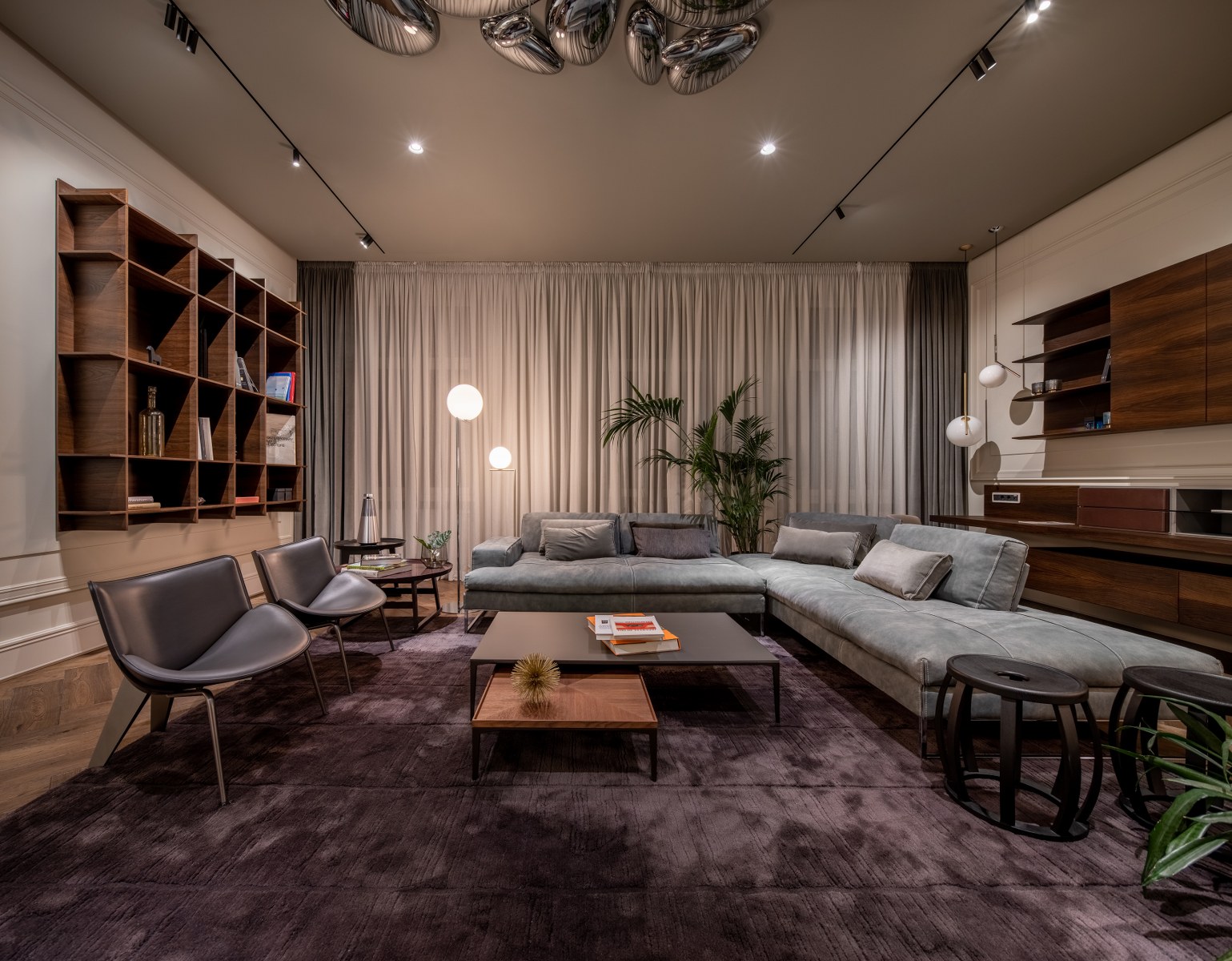 The apartment is situated in the centre of Lviv in an old Austrian secession building constructed in 1906 on the site of a small palace built in the early 1800s. Many members of the city’s intelligentsia lived there throughout the twentieth century: city council members, professors of the university etc. Until 1939, this high-quality modern building was used by a Czechoslovak consulate. Today, it is home to a municipal library and a few apartments. The building itself aged pretty well. 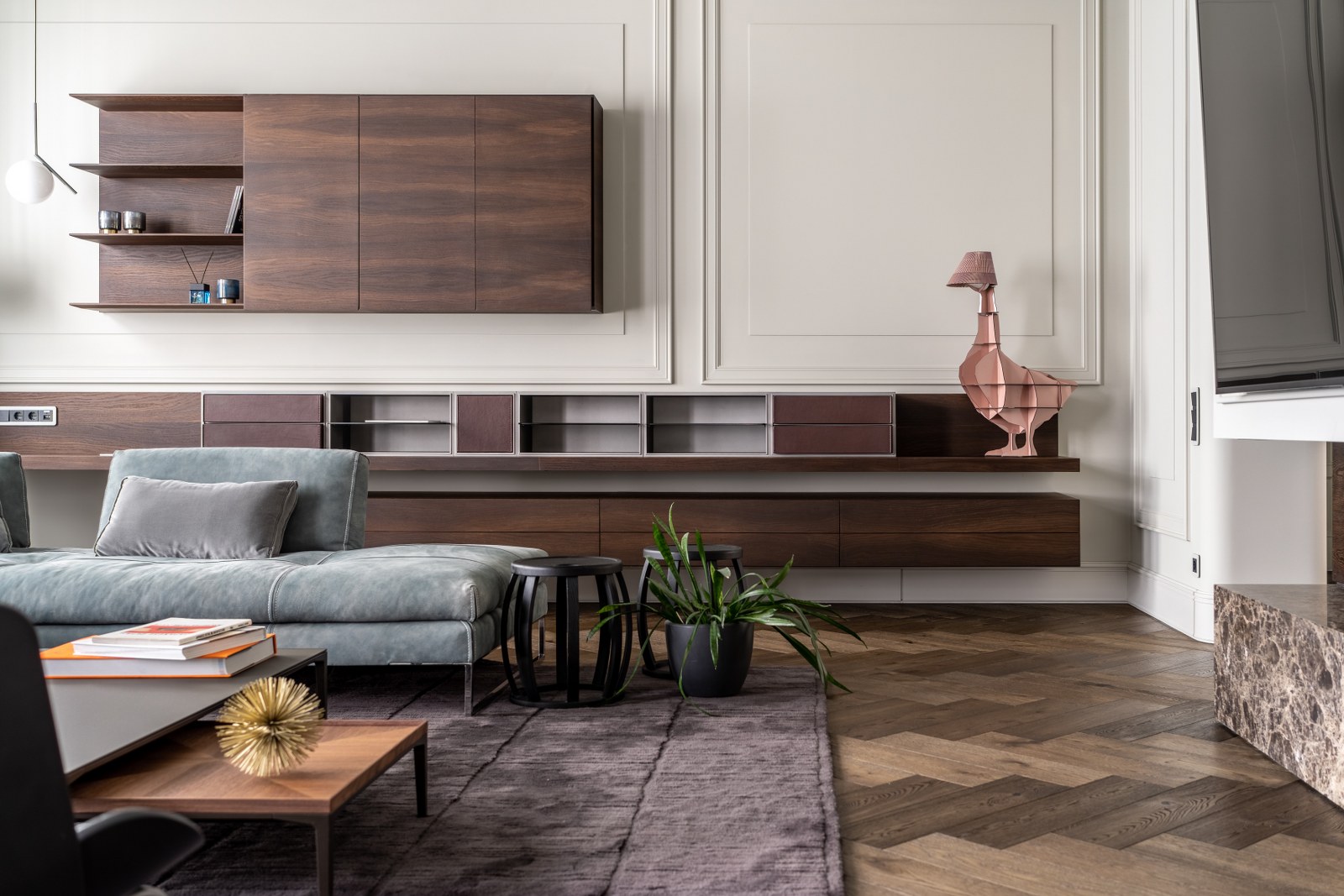 The project by the Replus bureau was realised for a couple with 3 children in a vast space of 234 square metres comprising four bedrooms, a living room, a dining room, a kitchen and four bathrooms. Main goal for the architects was to combine technological components with classical forms. 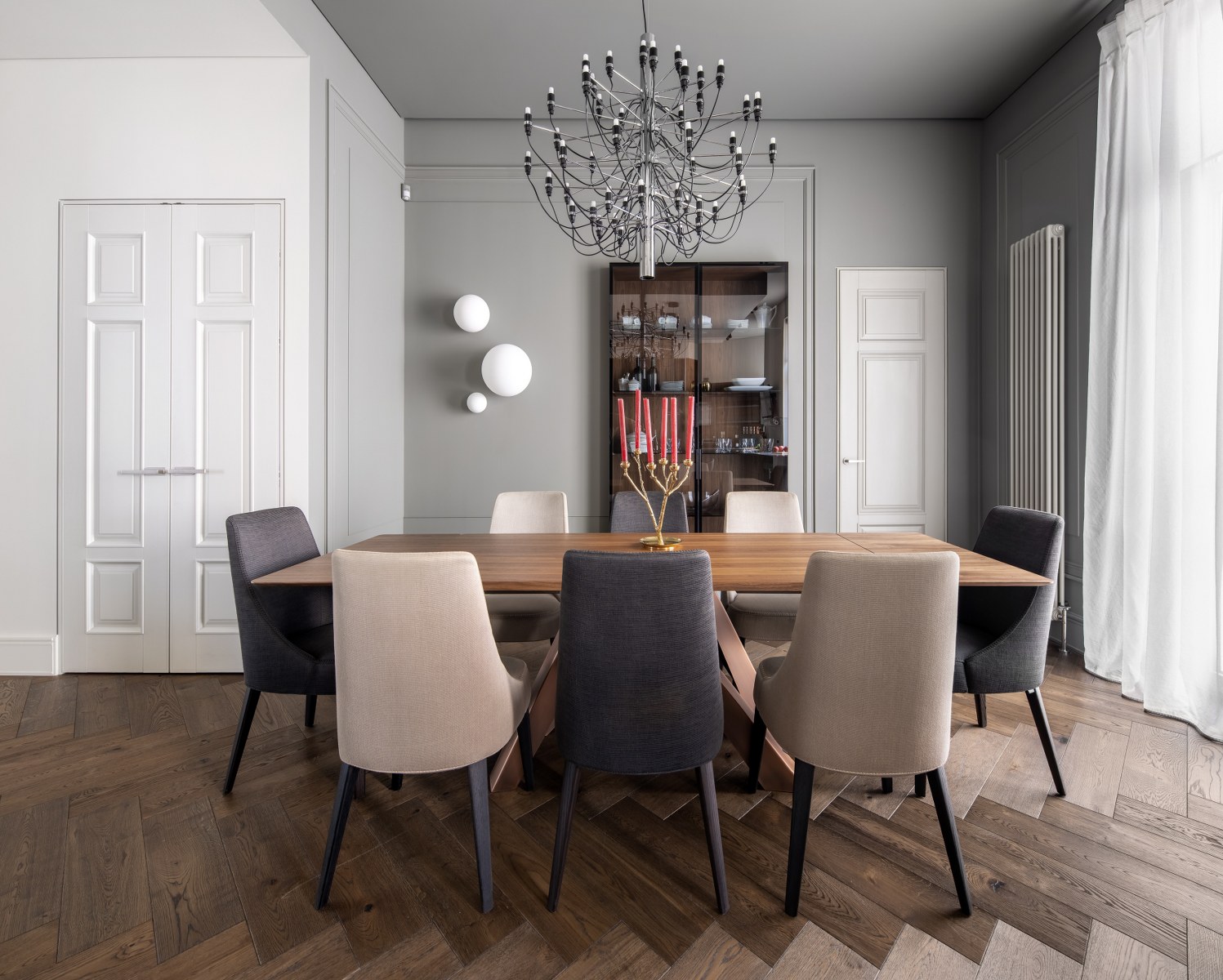 A supply and exhaust air conditioning and ventilation systems were hidden above the ceiling without any visible supply grilles. Thus, the air comes in through specially designed channels inside of a drywall construction.

There were already two big skylights with natural light inside of the building: one in the hallway and another in the main bathroom of the apartment, which creates a unique ambience and was a significant factor in designing the space.

A gas fireplace was installed in the living room to underline elegance and cosiness of the space. So was the spruce flooring, adding a warm and charming character to the apartment. Thin lines all over the place and rounded corners in the doorways were employed to highlight the signature Replus bureau design. 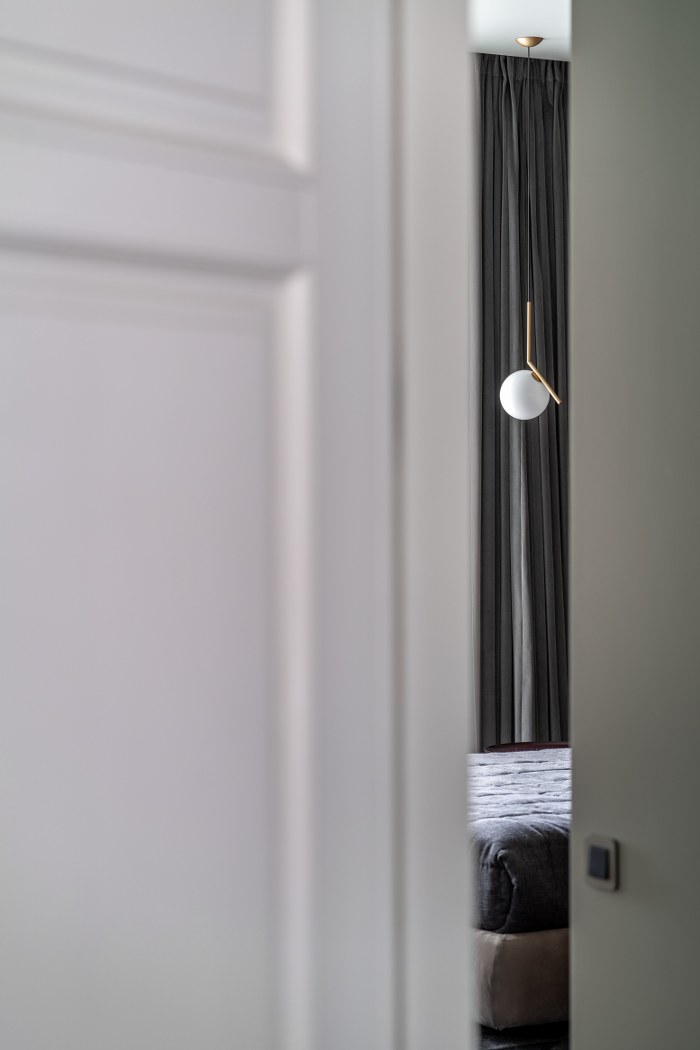 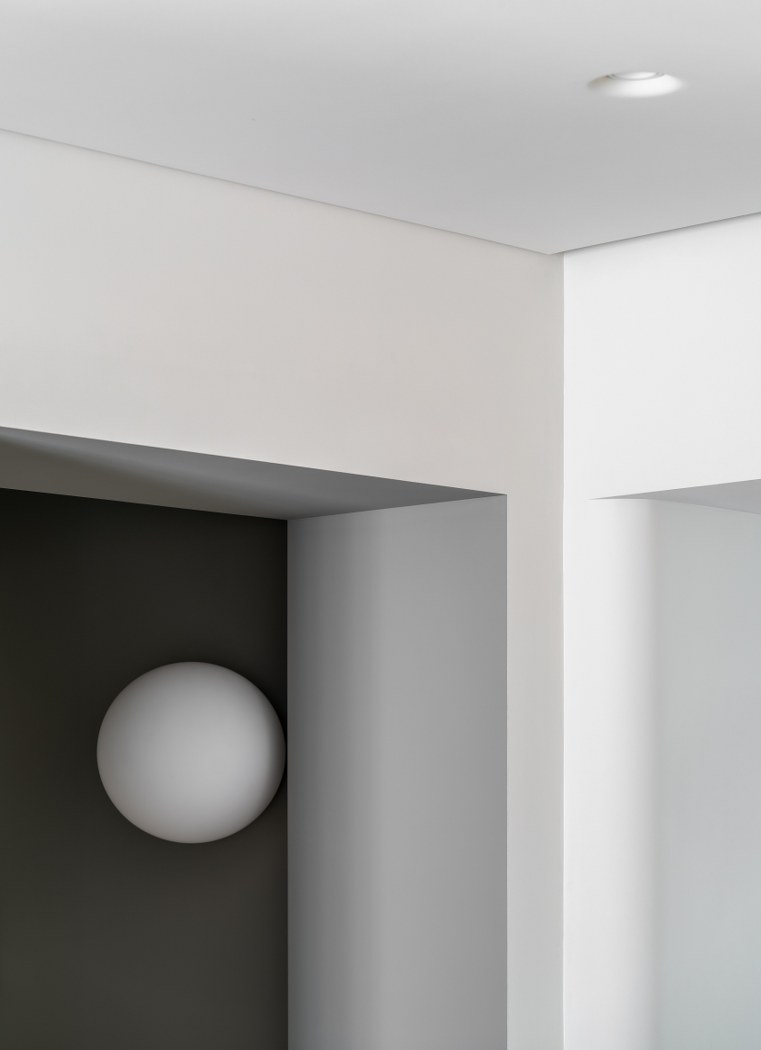 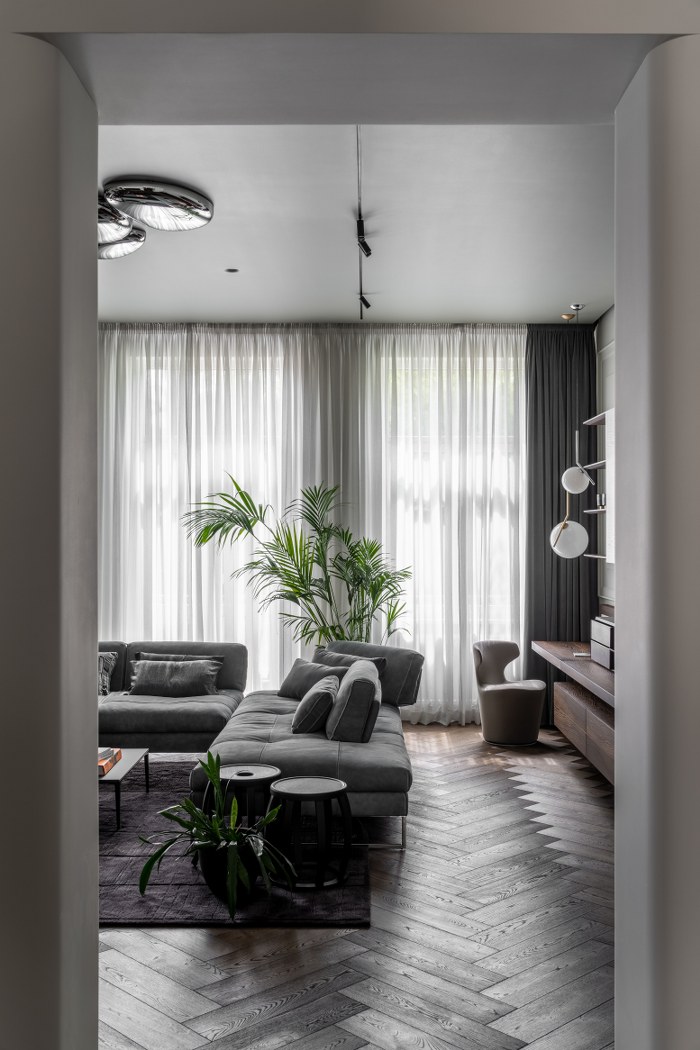 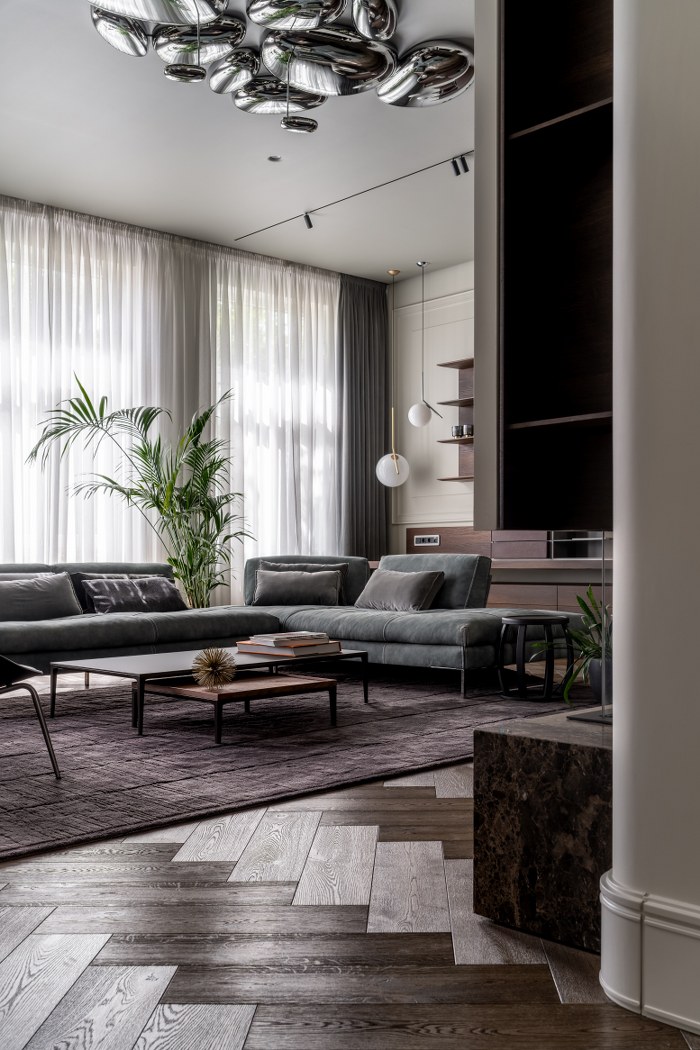 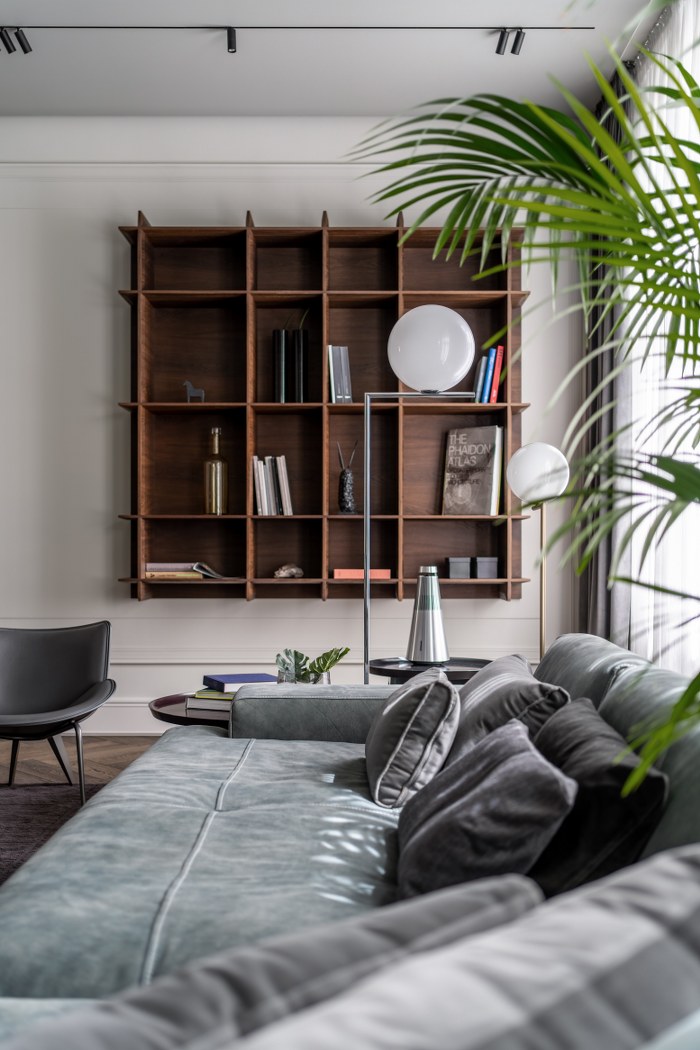 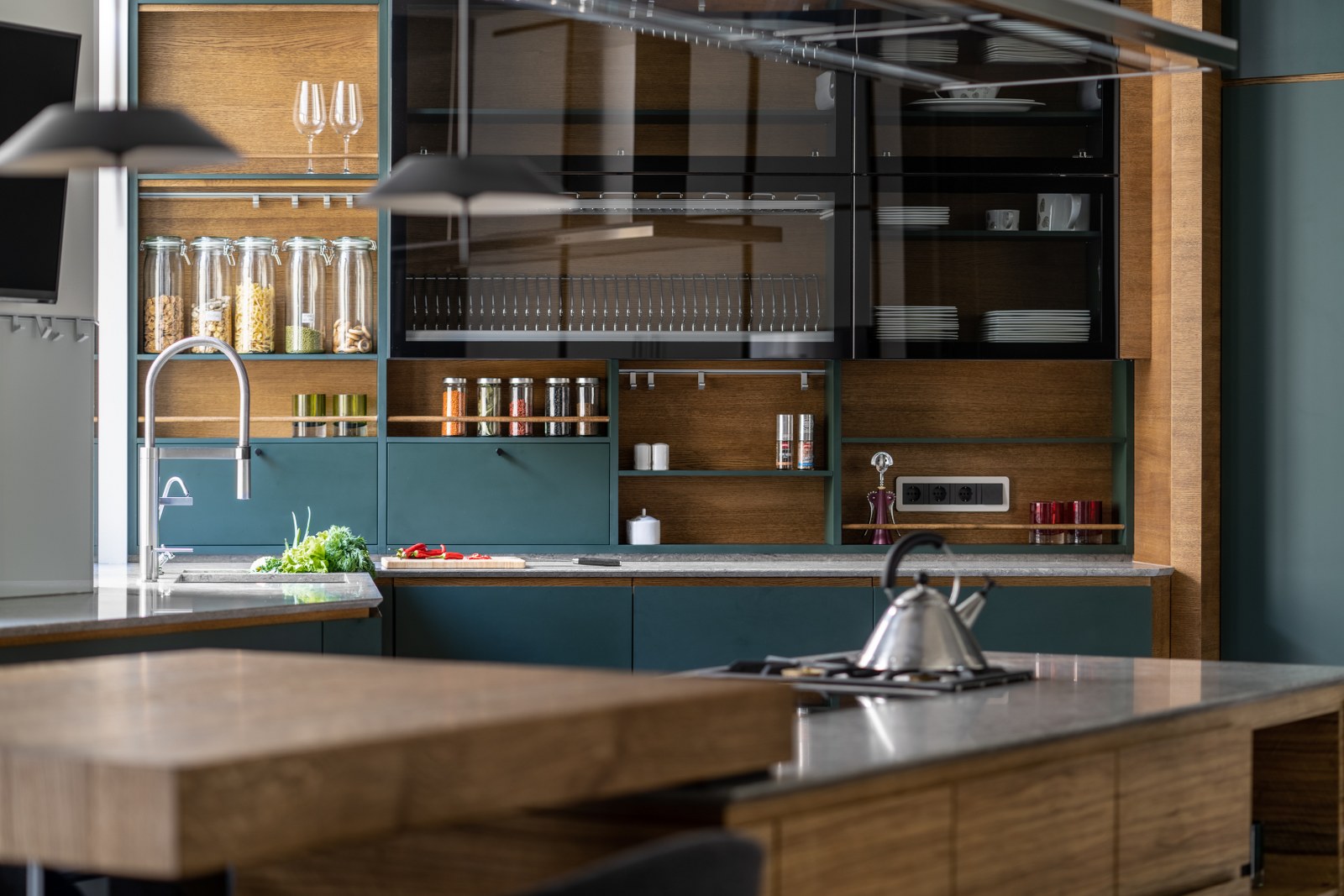 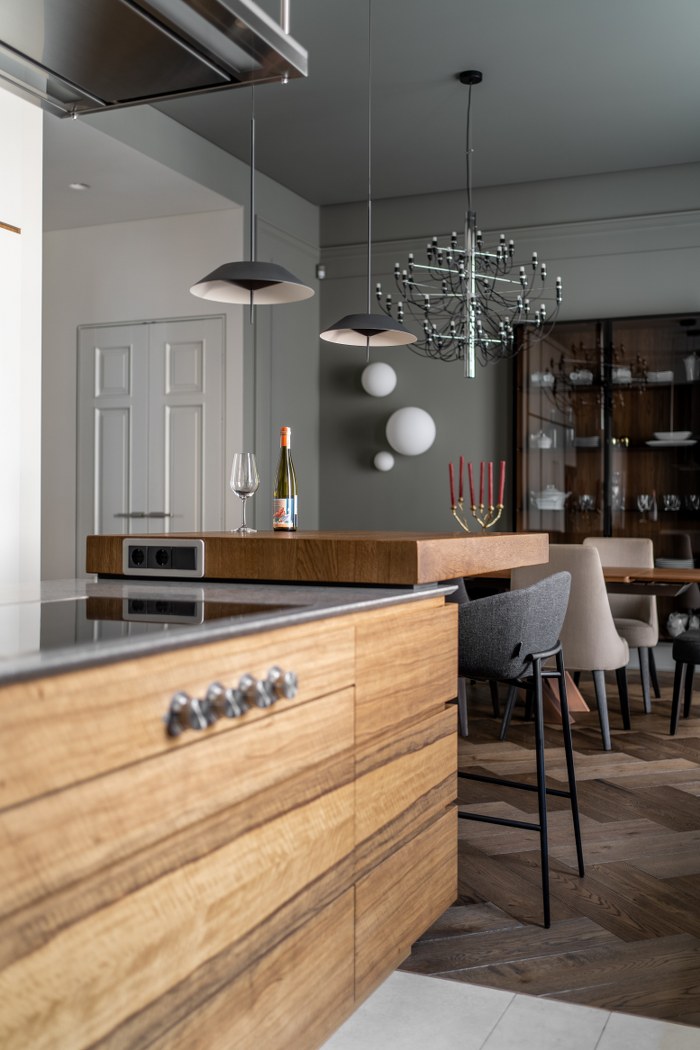 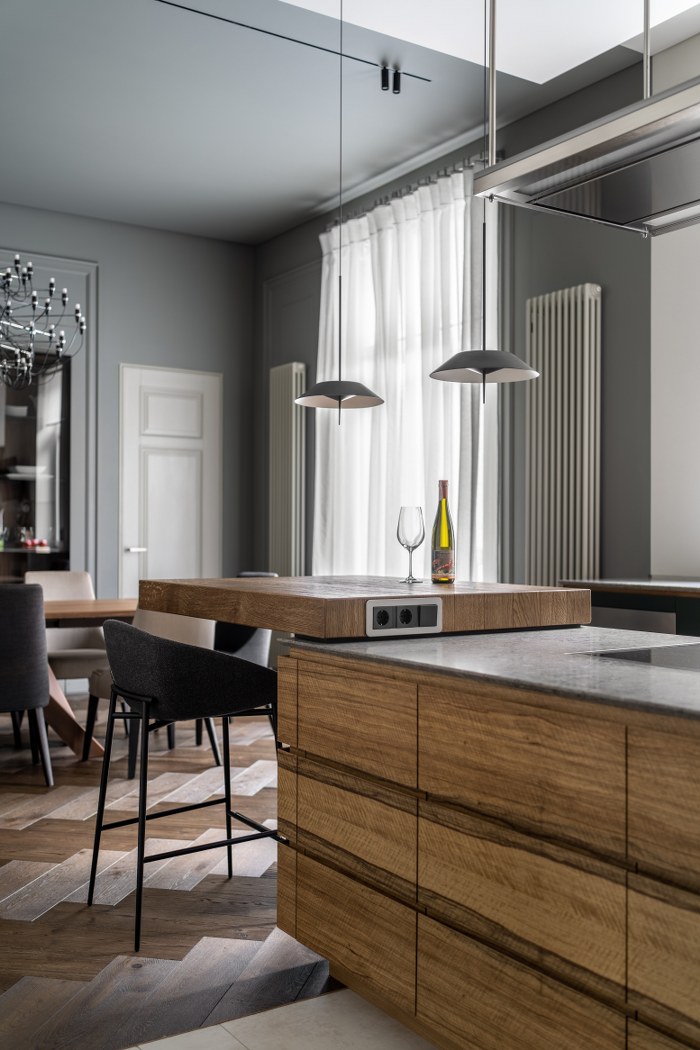 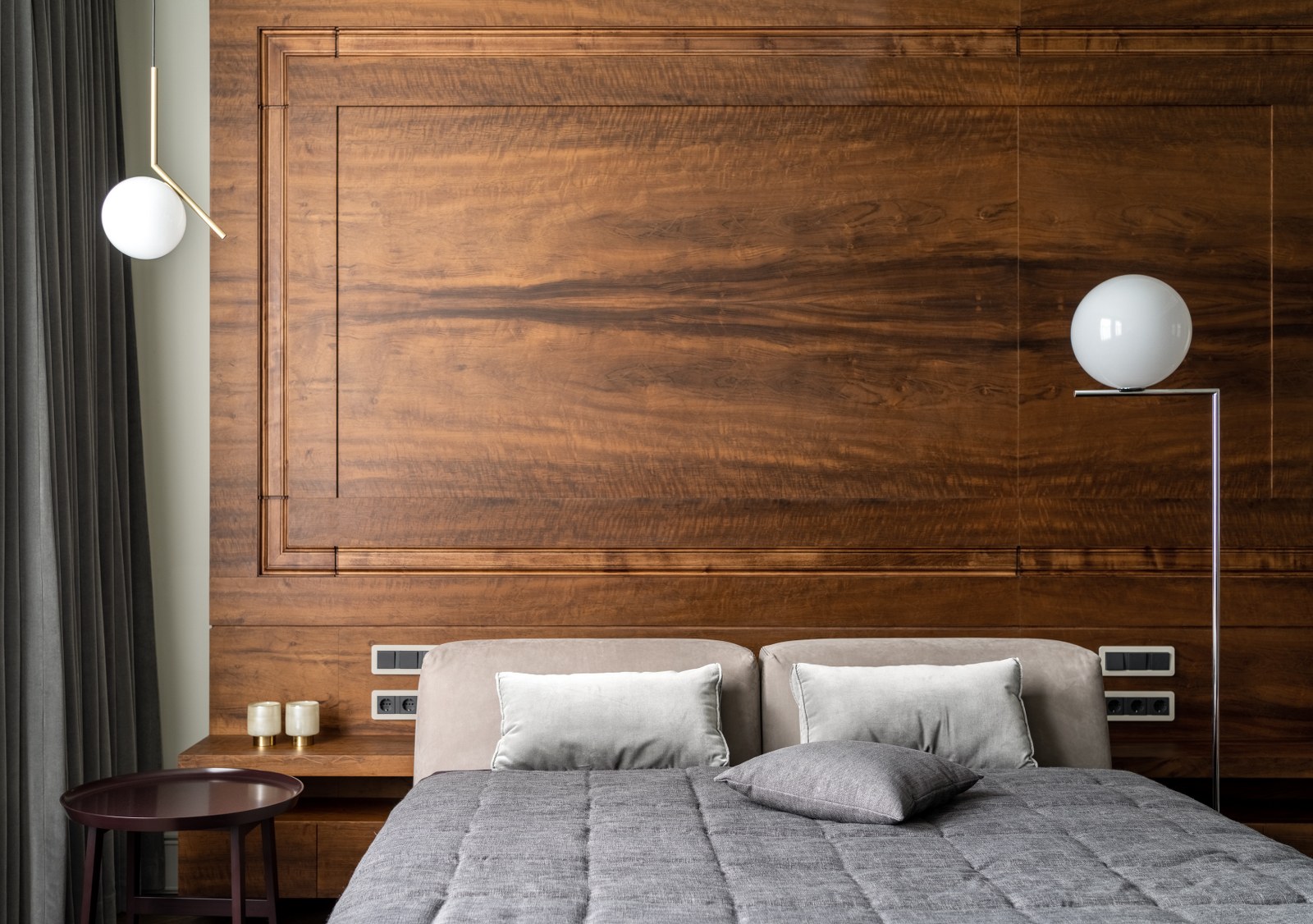 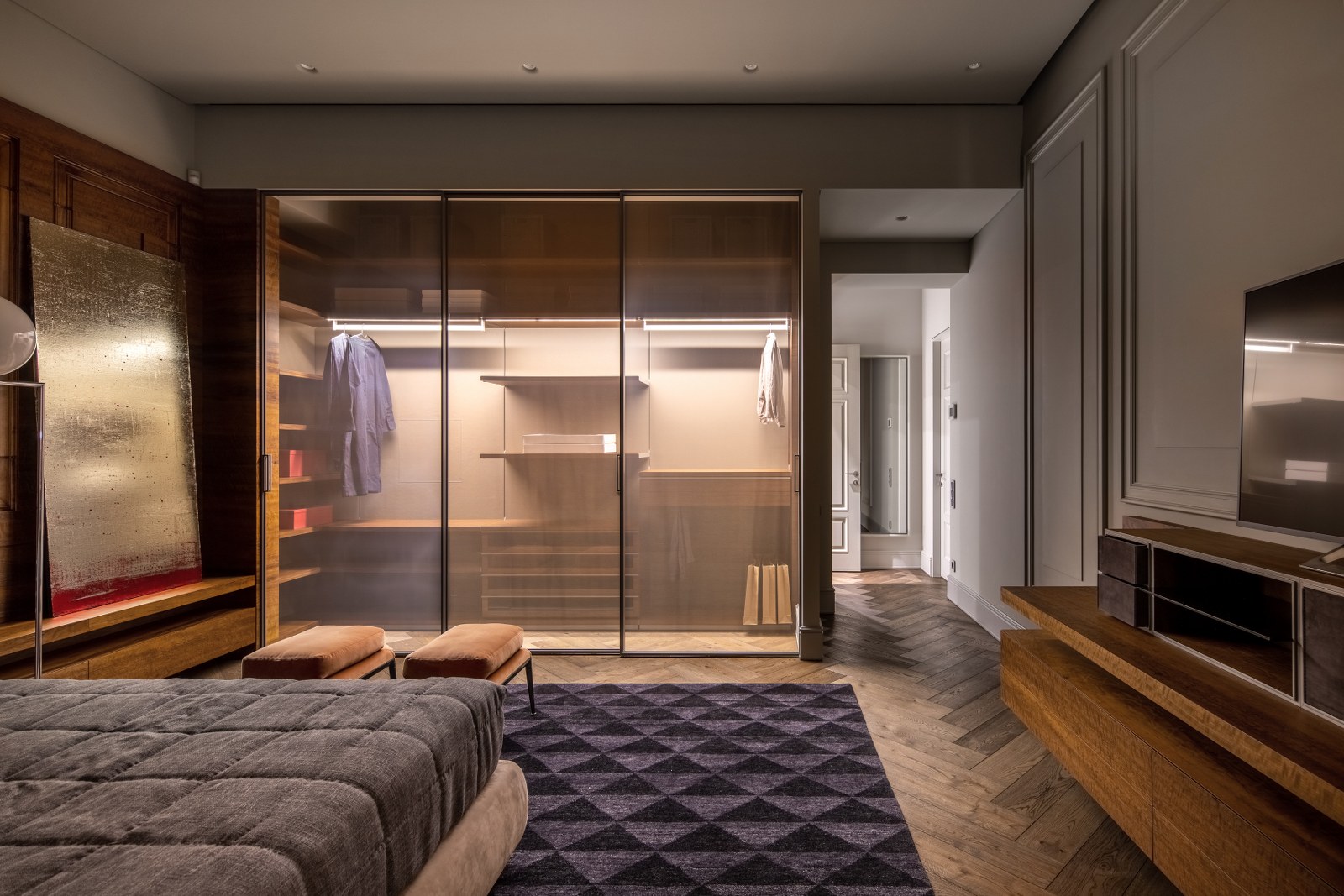 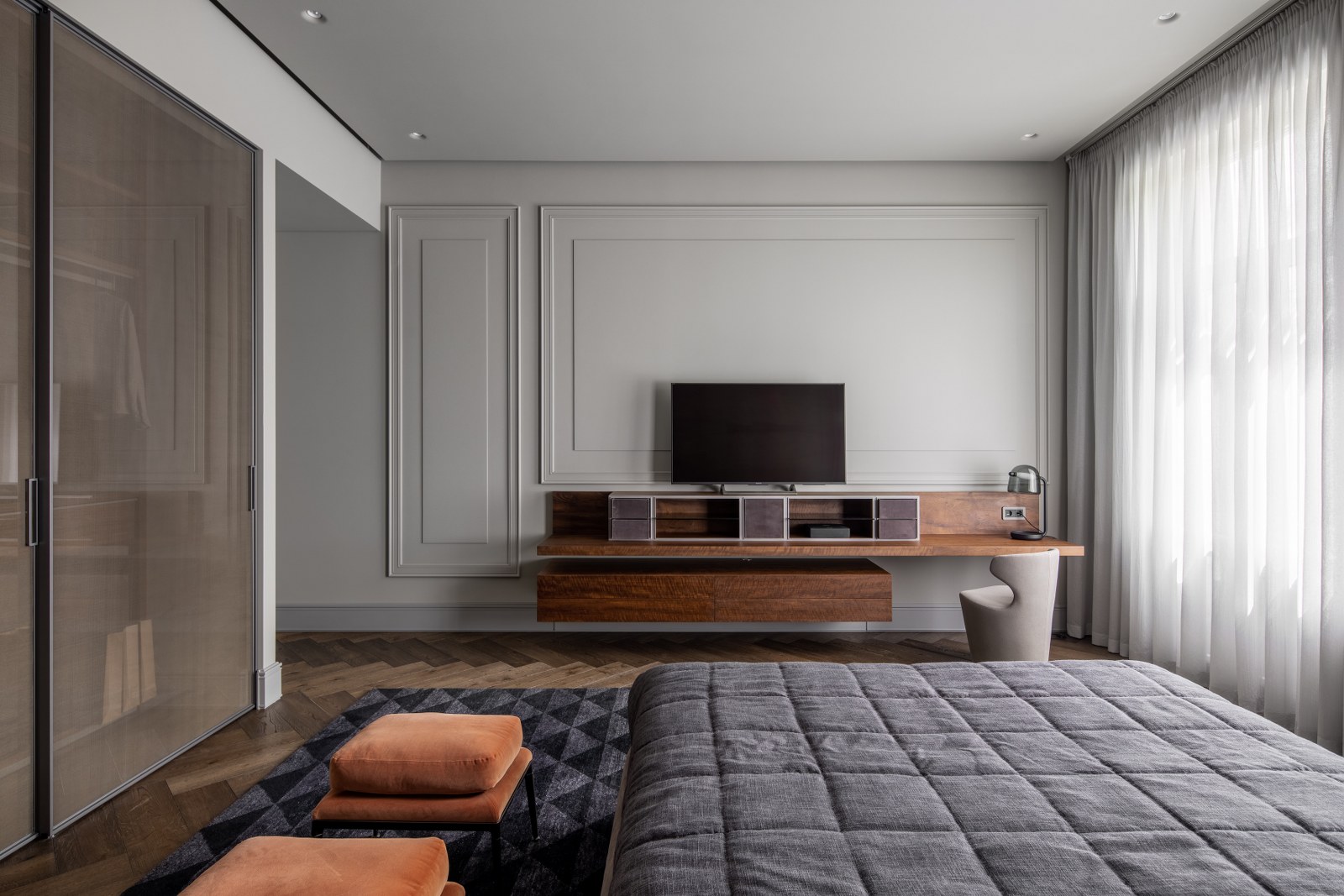 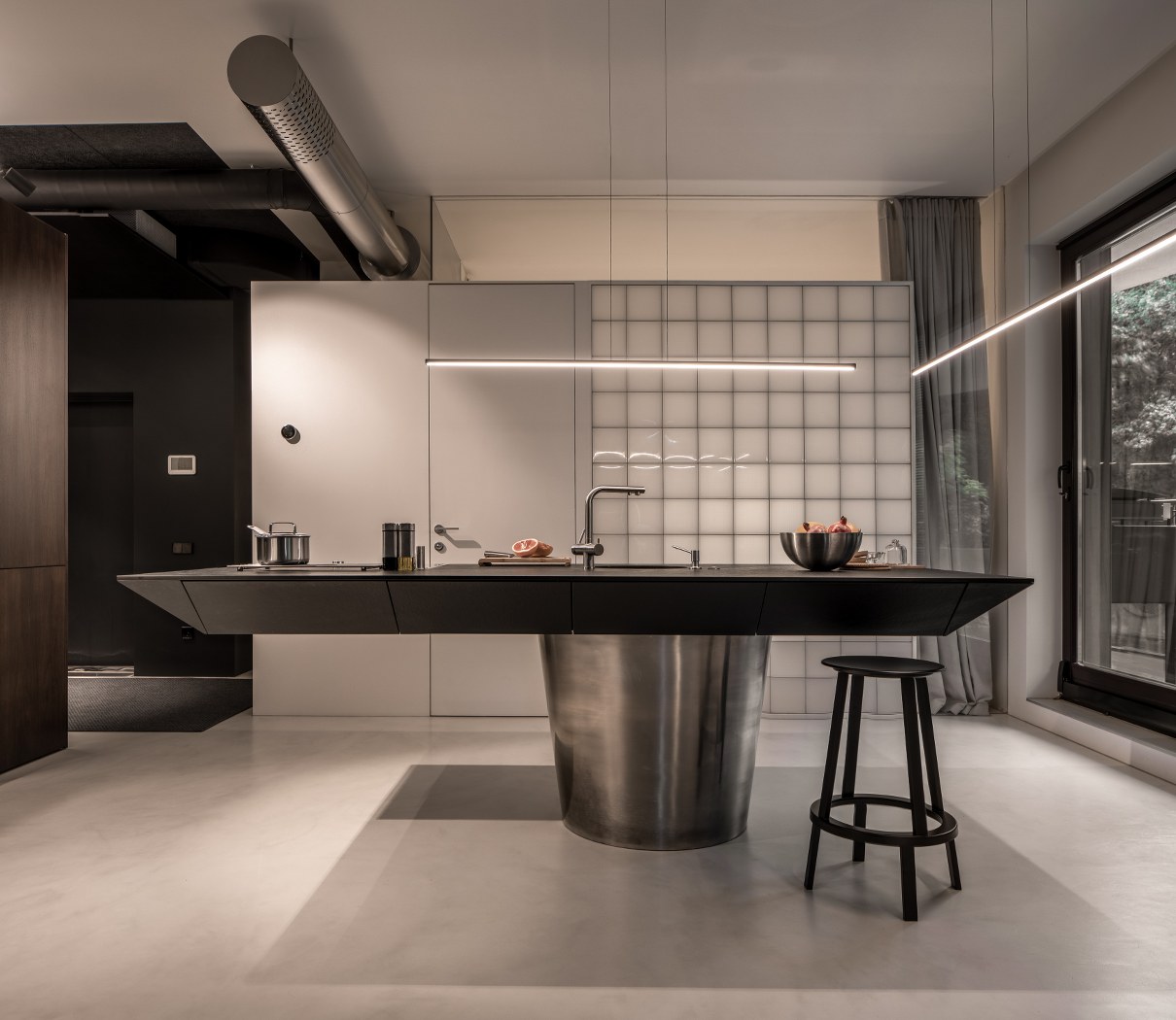 Absolute minimalism and our signature experiments with natural and artificial lights were the cor... 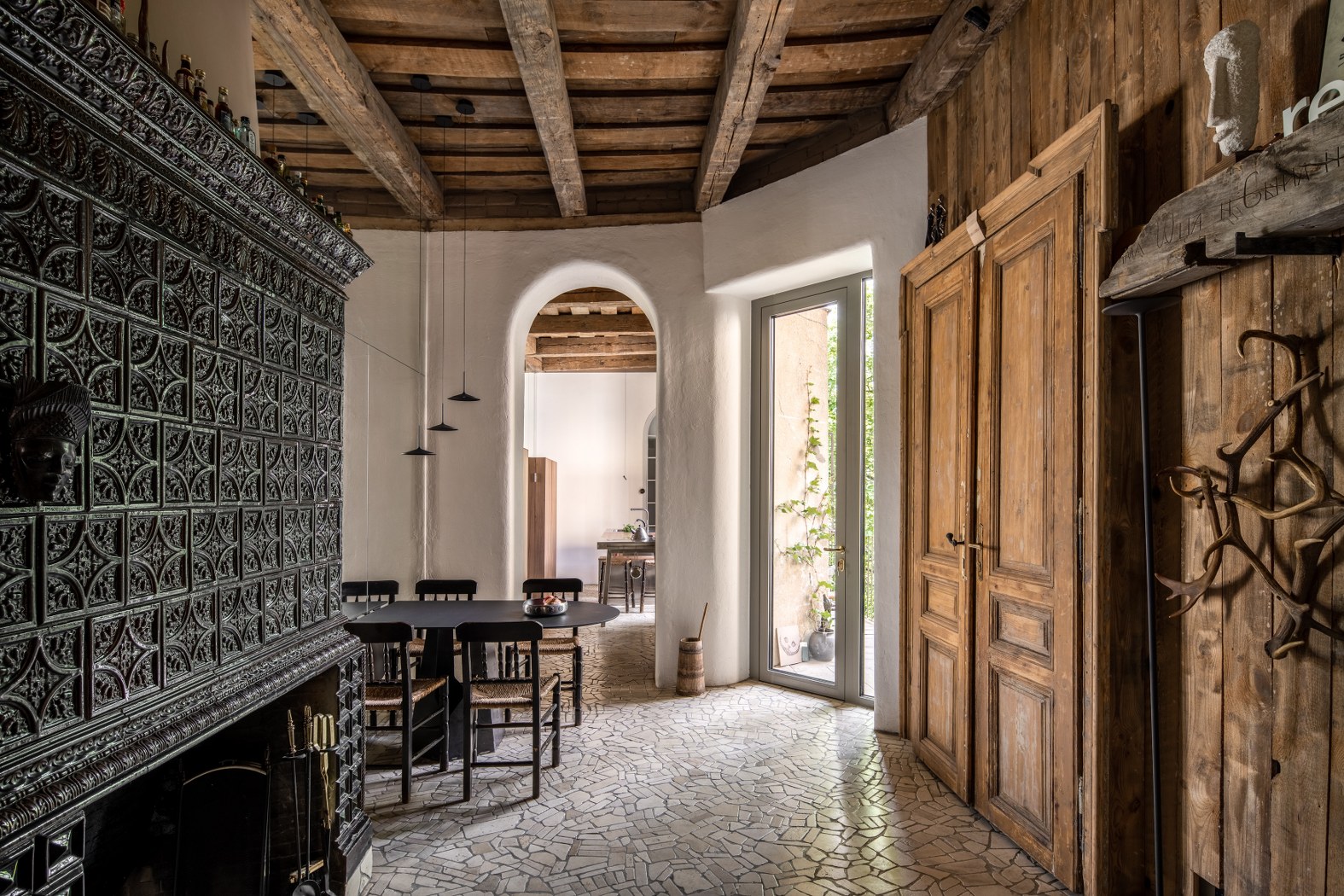 The building itself was constructed in 1892-1896, so our project designers decided to keep everyt...